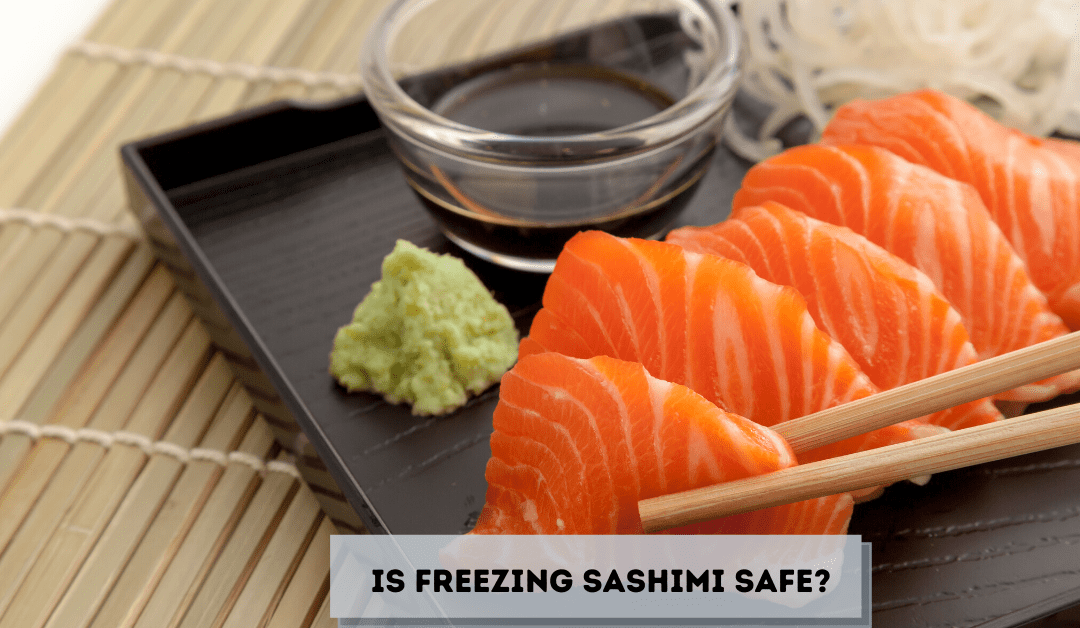 What Do We Mean By Sashimi?

Sashimi is a very thin raw slice of fish or meat, usually fish, which is a specialty of Japan.

Many people confuse sashimi with sushi, but they are different. Sashimi is only raw fish or meat not linked with any other item as sushi is linked with rice.

Giving an introduction before coming to the topic was necessary, as that was a common misunderstanding between sashimi and sushi. So if we briefly answer yes or no, we would say yes, you can freeze sashimi before eating it raw. But it would help if you never froze leftover sashimi, which is prepared.

We said that sashimi is a raw fish, but that does not mean you can eat any raw fish directly. That could be harmful.

As for sashimi, it is properly graded raw fish that is fit to eat.

Are you eating raw fish? This sounds a little gross, but this is not the case with this. Sashimi-grade meat is fully healthy and secure to eat.

So if you haven’t tried it out yet, now is the time to grab them.

Where To Find Sashimi?

Now that you want to eat, the next question must be where or how to find sashimi-grade fish? You can eat it in a well-reputed restaurant, or you might get the frozen sashimi from the store. This frozen sashimi brings us back to the point from where we started that if we can freeze sashimi.

Can We Freeze Sashimi Grade Fish?

There are two opposite opinions in this regard.

The first one says that if you are eating raw fish, it should be fresh as the fresh fish has less time for the bacteria to set on.

The other group says that before eating a raw fish, it should be frozen according to the standards of the FDA.

Sashimi graded fish means that it has gone through proper measures to kill any bacteria or microorganisms present in the raw form. And the quality of the meat is increased so that you can eat it raw.

If you are fond of fishing, and you have caught a fish, now to eat sashimi, you need to freeze it first.

Now, if you are storing it at -4 F, you need to keep it for seven days before eating it for sashimi.

Why do we need to freeze it fast?

When you put something to freeze, the water inside is converted to ice crystals, which destroy the cell wall hence destroying the taste and protein structure of the food. The faster it will freeze, the less time will be there for the ice crystals to destroy. There is a proper method to freeze it, let’s go through that first.

How To Freeze A Fresh Fish?

Before freezing a fish, you need to go through some quick and important steps to have good healthy sashimi later on.

Now that you have prepared sashimi to eat, or you went to a good restaurant, and you ordered sashimi, but a few of it is left, and you don’t want to waste it so that the question will arise. Can you freeze the leftover?

Well, freezing the raw fish again after being prepared once will severely affect its quality and promote bacterial growth. So it is better not to freeze it again.

If you want to eat it the very next day, you can take the risk by packing it in an airtight container and freeze it as soon as possible just for one day, but again it is better not to.

Q. How long can you store frozen sashimi?

Q. Is sashimi different from sushi?

Yes, they are indeed different, sushi is mainly rice rolls that can have any form of seafood in it, but the main thing is rice. At the same time, sashimi is only raw fish or meat.

Maki is a sort of sushi. It has raw fish and vegetables rolled up in rice and seaweed. And cut into bite slices.